crhodes said:
The Hurth HSW 450 D, from what I can find, should hold 2.12 quarts (two liters). If the fluid is clear you are probably OK but one thought was water in the bottom of the gear raised the fluid level after it phase separated. Water source could be the transmission fluid cooler. (Not sure if your cooler is on the suction or discharge side of the raw water pump.) Here is the link where I found the capacity: https://www.simplicity-marine.com/ZF/ZF45C/Technical.htm

Not trying to be an alarmist but water, if present, doesn't need to be left in the gear over the winter.

Jollygreen223 said:
hows the rehab going? did you encounter any motor mount issues? im doing a 92 22 pred... my front mounts are beyond help...??
Click to expand...

I did find that the front mounts had settled pretty significantly, which had altered the alignment of the engine. Thankfully I discovered this from removing and reinstalling the transmission. Just made the necessary adjustments and now the alignment is pretty good. My mounts are still serviceable, luckily, although not pretty.
B

Well, I uncovered the boat today. Had a real nice surprise waiting for me- motor spat out every bit of oil in it into the bilge while sitting over the winter. I'm at a loss for words. After all the work I did on this all fall, somehow it's now in even worse shape than when I started. 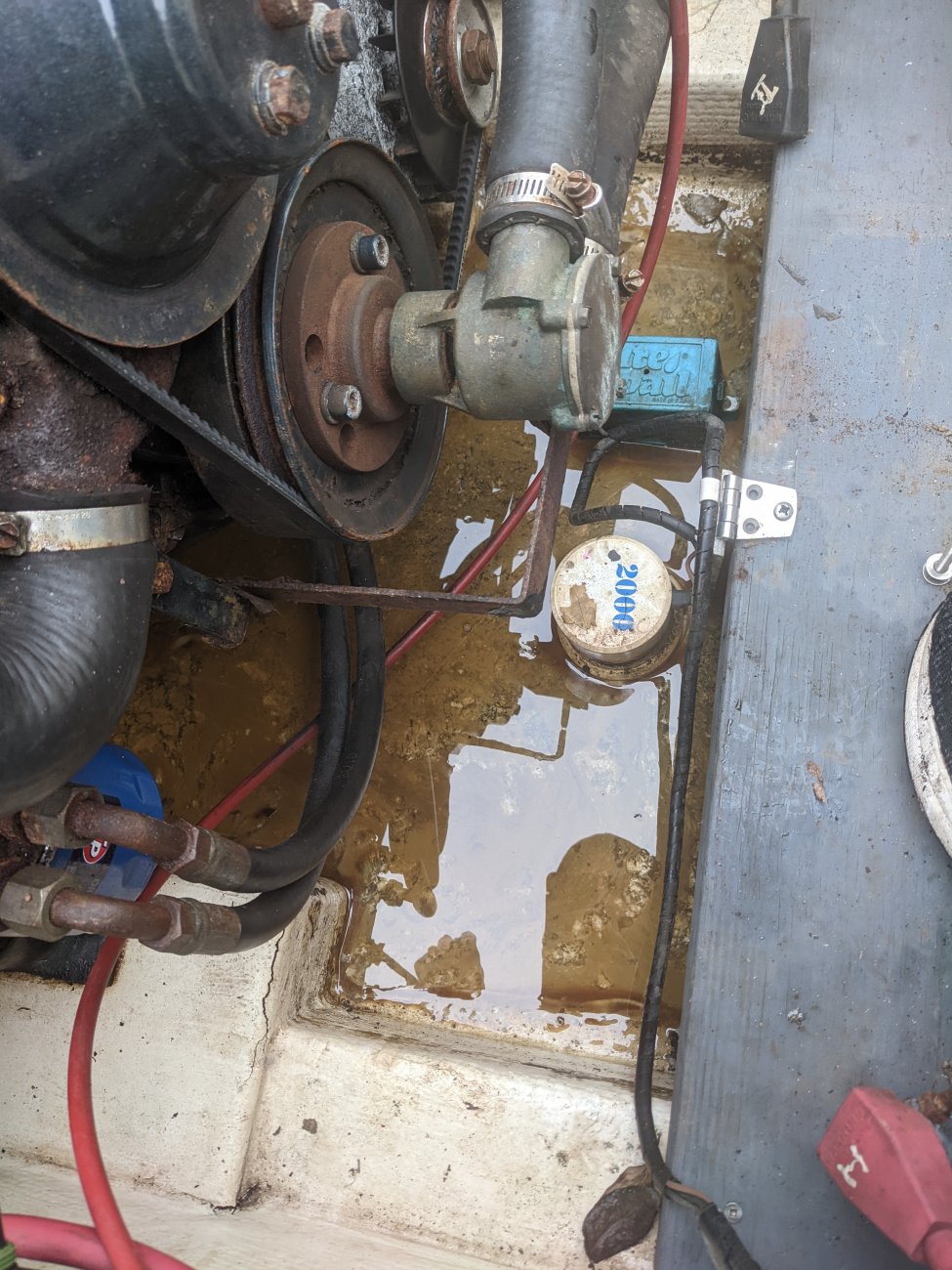 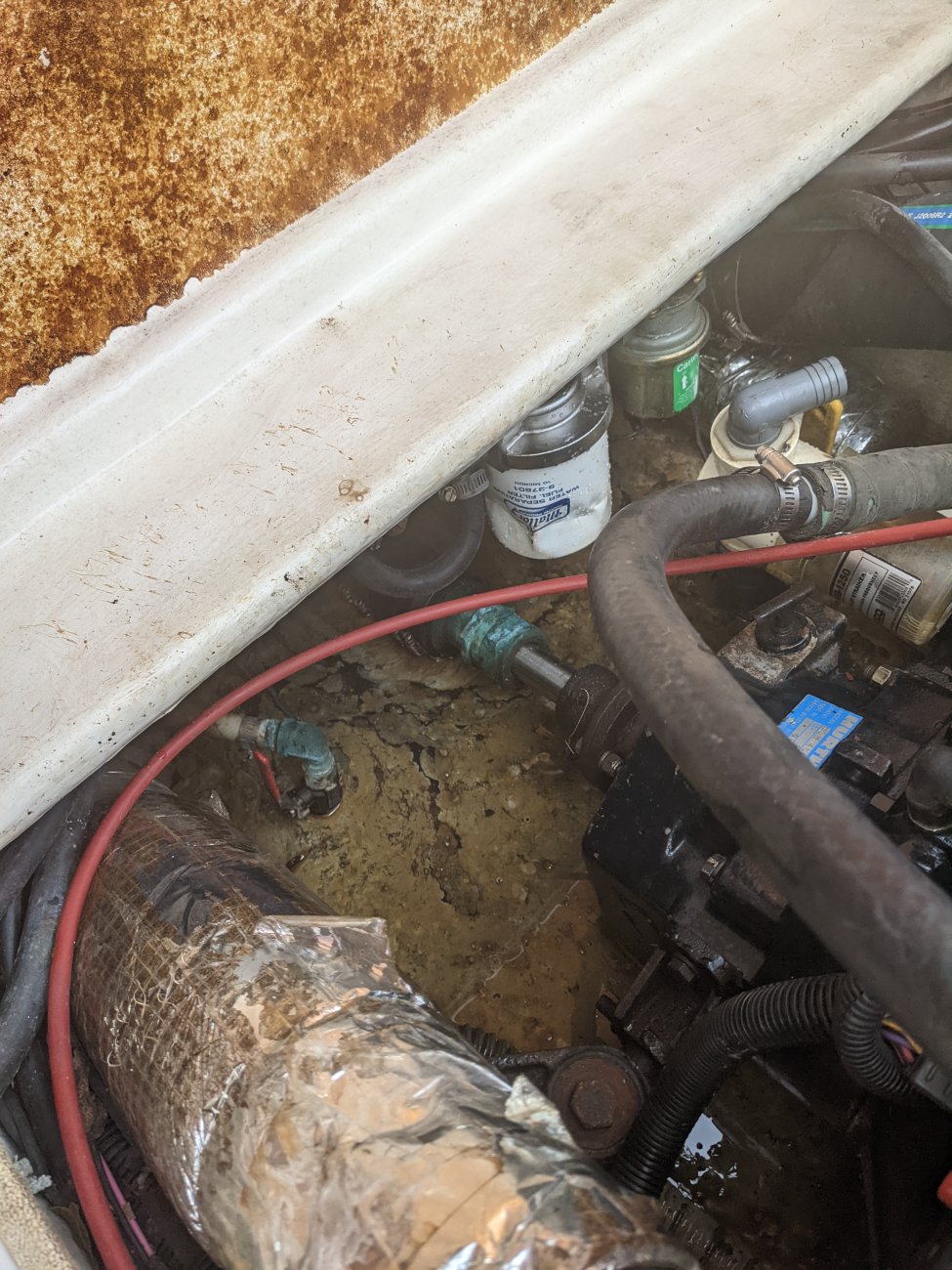 I don't know what to do at this point. My time is more limited now, was really looking forward to enjoying the boat finally. Now it seems I'm further than ever from that possibility.

I don't even know what could have happened. I'm inclined to believe it has to be that darn rear main seal. My father had a theory- let me know if it sounds plausible:

I put the seal in around late October/November, so it was pretty cool outside most of the time by then. I was only able to run it for brief periods after that before winterizing, not even racking up a half hour in run time, as it had been on land. Is it possible the seal was never able to set in place properly due to inadequate heat from the engine and/or weather, leaving it to leak all winter?

I don't know what else could have leaked this much with the boat just sitting all this time. Any and all theories welcome, preferably before I set the boat ablaze -_-

Check your other thread where I hope you will feel a little better. I know about oil in the bilge after an oil/seal change. Please don't ask me how dumb I am. I can tell you how many mistakes you can make while learning past your experience level.
B

Ship said:
Check your other thread where I hope you will feel a little better. I know about oil in the bilge after an oil/seal change. Please don't ask me how dumb I am. I can tell you how many mistakes you can make while learning past your experience level.
Click to expand...

Thanks Ship, I certainly hope it's something simpler like that. It would be very strange to me if it was the seal I just replaced. I'm going to try to clean it up and diagnose it this weekend if I can. So hard to tell with that mess of oil everywhere.

Don't forget your phone has a camera and light. It gets under the pan and trans to SEE things.

I have a hard time believing the seal leaked without the engine running, I'd guess you have a perforated oil pan...
B

It's certainly plausible that the oil pan is shot. It's impossible for me to keep the bilge completely clear of water in the off season, and it did sit for 15 years or so before me. There is still SOME albeit a very tiny bit of oil coming back on the dipstick. Going to clean it up and hope for the best today.
B

Well, interesting news! Started to clean up the bilge (what a mess- don't know how I'll ever get it clean, but that's a separate discussion). I started to feel around the front of the oil pan, and on the bottom felt a rust dimple. So I tapped on the dimple and wouldn't you know, more oil poured out. This is at the higher part of the motor mind you, so the rear of the pan is probably completely gone.

So it looks like I'll be replacing the oil pan and hoping for the best. Any recommendations on the job as far as removing the old one, getting access (the rear by the transmission concerns me), and properly applying the new seal would be amazing.

Any and all advice appreciated regarding what kind of oil pan and seal to buy would also be awesome.

Please tell me there's a way to do this without removing the motor
Last edited: Mar 11, 2022
B